This is a big month for California privacy legislation, with the Attorney General’s regulations in final form, and people waiting with bated breath to know the fate of a new ballot initiative that would create a new state regulatory agency for privacy protection, add a right to correct, define “sensitive personal information (PI)” and remove the CCPA’s 30 day cure, among other provisions.

The Office of the Attorney General submitted the final proposed regulations for the California Consumer Privacy Act (CCPA) to the office of administrative law for review on June 1.  The attorney general has requested expedited review of the regulations in order to meet the July 1 statutory mandate for regulations specified under the original CCPA.  As the Attorney General reminded consumers at the time of filing, “CCPA was signed into law on June 28, 2018, and went into effect on January 1, 2020. CCPA grants California consumers robust data privacy rights and control over their personal information, including the right to know, the right to delete, and the right to opt-out of the sale of personal information that businesses collect, as well as additional protections for minors.”  The regulations would require four notices to be sent to consumers including:

This “final proposal” is not materially different from the proposal unveiled in March. This review is not an opportunity for further comment on the proposed rules, but rather an internal compulsory review by an independent agency to assure conformity with the state’s administrative procedure law. While a completed review by July 1 may be unlikely, one should nevertheless assume a July 1 effective date.

Meanwhile, this week is the deadline for validation of the petition signatures for a new ballot initiative, the California Privacy Rights Act (CPRA), sponsored by Alastair MacTaggart.  MacTaggart, who also sponsored the ballot initiative that ultimately spearheaded the CCPA legislation in 2018, submitted more than 930k signatures on May 1.  The Secretary of State received notification that a minimum signature threshold was met at 5:27 pm on May 13 but did not “immediately” notify counties, which have primary responsibility for counting the signatures, until the afternoon of May 14 – which means that the 30 working days that counties are allowed to complete their onerous step in the process would put them one day behind the June 25 deadline to certify the CPRA initiative as qualifying for the November 3 ballot.  MacTaggart filed suit against the Secretary of State, asking that the counties be required to respond by June 25.  The initial reports of verified signatures suggest that the results will be very close to the 623,212 minimum required to qualify for the November ballot.

As we noted last month, more than half of the states with solicitation law reporting requirements adjusted filing deadlines and fees during the economic shut-down.  Perlman & Perlman LLP created an easy-to-read summary chart.  Following is the latest example of such legislation:

New Jersey SB 2533, sponsored by Sen. Linda Greenstein, D-Plainsboro, was referred to the Senate Commerce Committee on June 8. The bill would require the attorney general and state treasurer to allow financial disclosure statements, annual reports and renewal statements to be filed without penalty up to 180 days after the expiration of Executive Order 103. The bill would also raise the threshold at which a charitable organization is required to submit audited financial statements and management letters from $250,000 to $1 million. The bill’s companion, AB 3997, is pending in the Assembly Appropriations Committee.

The legislation would assure solicitation law registrants 180 days after the Governor’s emergency Covid-19 order is lifted to make required filings without penalty. The order is still in effect at this writing. In perhaps bigger news for nonprofit registrants (and especially NJ-resident nonprofits) the legislation would raise the mandatory audit threshold from $250,000 to $1million.

This brings NJ back into the regulatory mainstream – finally.

The Senate continues its consideration of the $3 Trillion House-passed Health and Economic Recovery Omnibus Emergency Solutions (HEROES) Act. The House-passed bill effectively represents the starting point for negotiations with the Senate, where major changes are expected.  There is a general consensus that the final version of this legislation will be completed and signed into law by the President by the end of July, before Congress leaves for its long August Recess. For a summary of the provisions of the House-passed HEROES Act, please see our May Legislative Update.

Some of the Congressional urgency of this bill decreased with the better-than-expected employment numbers in the latest jobs report.  A second month of improving employment numbers could give the Senate a platform to significantly decrease some of the House-authored provisions.

As the Senate considers the HEROES Act, one area of particular focus for TNPA has been the effort to make the Universal Charitable Deduction permanent and raise the $300 cap. There is no provision in the House-passed HEROES Act addressing the universal charitable deduction. However, there is a bipartisan group of six Senators who are strong supporters: James Lankford (R-OK), Chris Coons (D-DE), Tim Scott (R-SC), Amy Klobuchar (D-MN), Mike Lee (R-UT), and Jeanne Shaheen (D-NH).

On June 5 the President signed into law the Paycheck Protection Program Flexibility Act, which addressed several of the concerns of smaller nonprofits in terms of effectively utilizing the Small Business Loan Forgiveness Program. Among the most important provisions of this Act are:

For those who have yet to apply for a PPP loan: At last count approximately $120 Billion of the $320 billion second round of PPP funding is still available.

On June 18 TNPA CEO Shannon McCracken was a panelist on a “Fireside Chat with Andrew Grossman, Chief Tax Counsel to the House Ways & Means Committee.” The event, sponsored by the American Society of Association Executives, provided an opportunity for TNPA to dialogue with a top Congressional staffer on a number of issues important to the nonprofit community. Among the topics discussed were the successful repeal of the onerous UBIT provision, the effort to expand the Paycheck Protection Program’s loan forgiveness provision beyond 501(c)3 nonprofits to include other 501c classifications, and potential future legislation to be considered by Congress this year.

TNPA submitted comments asking that the new program be tailored, to the greatest extent possible, to the unique needs of the nonprofit sector. TNPA also was unequivocal in calling on Congress to grant the Fed authority for loan forgiveness of its loans, similar to the current PPP Loan Forgiveness Lending Facility. 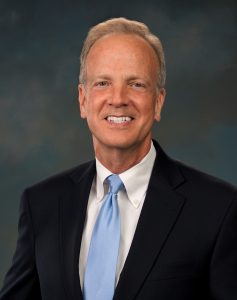 The Nonprofit Alliance has worked closely with Senator Jerry Moran of Kansas. Senator Moran has had a distinguished career in elective office, having served in the Kansas State Senate, then representing Kansas’s First Congressional District in the U.S. House for 14 years, before being elected to the U.S. Senate in 2010. Throughout his career, Senator Moran has been a leader in helping people in need. Among the Senator’s Committee assignments is serving as Chairman of the Senate Veterans Affairs Committee and was a leader in the enactment of The VA MISSION Act, which improves, expands, and modernizes the Veterans Community Care Program. The Senator is also Co-Chair of the Senate Hunger Caucus and was honored by World Food Program USA with the McGovern/Dole Leadership Award for his bipartisan leadership in advancing U.S. efforts to address global hunger.

Senator Moran has also been a leader on another issue important to the nonprofit community – working toward enactment of a robust, balanced, bipartisan national privacy statute that would  preempt current and future state privacy laws, resulting in one uniform set of “Rules of the Road” for the careful handling of data. This issue is critical to the nonprofit community to allow charities to efficiently find donors, while protecting the privacy of their donors. In his capacity as Chairman of the Senate Commerce Committee’s Subcommittee with privacy jurisdiction, the Senator has been an important leader on this issue.

The Nonprofit Alliance looks forward to continuing to work closely with Senator Moran.