A headline in the British press last week by the Chair of the UK Charity Commission, Baroness Stowell, declared, “If you want to improve lives through charity, leave political fights out of it.”  And it deserves a thorough debunking, if not an out-and-out evisceration. 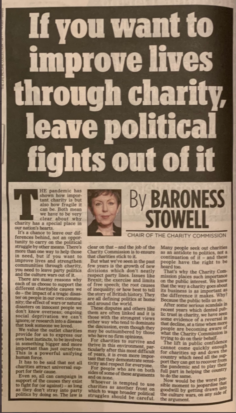 Let’s first debunk her claim that UK law says charities should not stray into politics.  Here’s the guidance given by the UK Charity Commission to charities, which is like what we have in the United States:

So we can ignore her, the person in charge of enforcing the law, about the legal end of this.

Perhaps sensing the weakness of the legal branch she’d walked out upon, she argued not only that charities must not engage in politics, but they also should not, saying “if you want to improve lives and strengthen communities through charity, you need to leave party politics and the culture wars out of it.”  She later enumerated some issues in which charities should not be involved:

“[T]he exercise and limits of free speech; the root causes of inequality; or how best to tell the story of British history.”

Of course you all know the old proverb “give a man a fish and he’ll eat for a day; teach a man to fish and you’ve overstepped the bounds of what a charity is chartered to do by trying to address root causes.”

How exactly should a charity dedicated to the eradication of poverty accomplish their mission without interrogating the root causes of poverty?  Similarly, I wonder what the ACLU would do if nonprofits couldn’t do serious work on the exercise and limits of free speech.  Golf, I suppose?

The truth is that our work is political.  There isn’t a nonprofit called Everything’s Just Ducky, Thanks for Asking.  The existence of a nonprofit is a flashing-light, burning-bush, red-flag sign that people feel something is wrong without that nonprofit.  That is an inherent challenge to the way things are.  That’s a political statement.

And those statements make a difference.  As we battle a pandemic with Tony Fauci as one of the point people, it’s instructive to look back at Fauci’s first public battle with a pandemic.  It took constant activism to get HIV on the public radar.  When it was and drugs were developed to fight it, people could not get access to them and trials couldn’t continue because of FDA rules that you could not be on multiple experimental medications at once.  ACT UP fought these rules, arguing, for example, that someone should not have to choose between the drug that saves their life or the one that saves their sight.  Because of their advocacy, Fauci changed his mind, then the minds of others in government, until parallel tracking made it more possible for more people to get more lifesaving drugs.

How would you accomplish a fight against HIV in the 80s without getting involved in politics?  The only answer: ineffectively.  Their charitable purpose demanded a political solution, so they got it.  So too do organizations across the political spectrum.  There is no suffrage without the suffrage movement, no polio vaccine without dimes of charity, no [insert your cause here].  Because it does work for every cause we hold dear: change happens when we demand change.

So it is both legal and necessary for us to be involved in politics.  But let’s say you can do your mission without politics, trying studiously never to engage in politics you feel might sully your hands.  Politics is still coming for you.  Note the third thing that the right proper Baroness says nonprofits should not be opining on: “how best to tell the story of British history.”

This is in reference to a current UK controversy.  The National Trust, chartered in 1895 to preserve UK places of natural beauty and history, created a report that found that about a third of its properties were linked to slavery and colonialism.  Picture if Downton Abbey was constructed by unpaid convicts and you have the sense of the thing.

This has created a controversy.  Not a controversy over the facts — as far as I can tell, no one is arguing the National Trust is wrong — but over whether we should talk about the facts.  Some members of Parliament aim to defund the Trust and people are canceling subscriptions and the like.

It’s in this context that the Baroness penned her “stay out of politics” proscription.  The nonprofit was following its mission to educate residents about the history of that sceptered isle, others found it to be political, and started attacking it.

It’s as the French song goes: “Cet animal est très méchant.  Quand on l’attaque, il se défend,” which translates as “This animal is very naughty.  When you attack it, it defends itself.”  The Trust was drawn into politics and further attacked for being there.

More comprehensively, the project of democracies around the world is about who counts.  Our very founding speaks to the fact if we wanted to be lectured by baronesses about the jobs at which we are ourselves expert, we would not have steeped our tea leaves in Boston Harbor.  We wanted a voice in how things were run and organized to create this.

We then said, to our great shame, some people counted in body and voice, others counted in body but not voice, and still others counted 60% in body but only for the benefit of those who owned their body and voice.  From that day to this, we’ve been involved in a too-long, steps-forward-and-backward project to make everyone count and hear every voice.

When you hear someone saying that your organization may address poverty but not root causes, history but not all history, or free speech but not too free, they are on the other side of this project.  They believe their voice is greater if they can diminish yours and that democracy would be better if it weren’t for all those pesky voters.

So this then is the fight we have for nonprofits and charities here and the world round.  We have the fight for our missions.  And we have the fight to make sure any mission can be fought.  The latter must be won if the former is to survive.

And that is why if you want to improve lives through charity, politics is part of it.

If you enjoyed this post, you would also enjoy TNPA’s Test of the Month webinar series.  These “snack size” 20-30 minute programs, led by none other than Nick Ellinger, review testing case studies to help spark new ideas for your own fundraising and marketing programs. Register for the series and attend when you can.  Held on the third Thursday of every month, January-October, at noon ET. 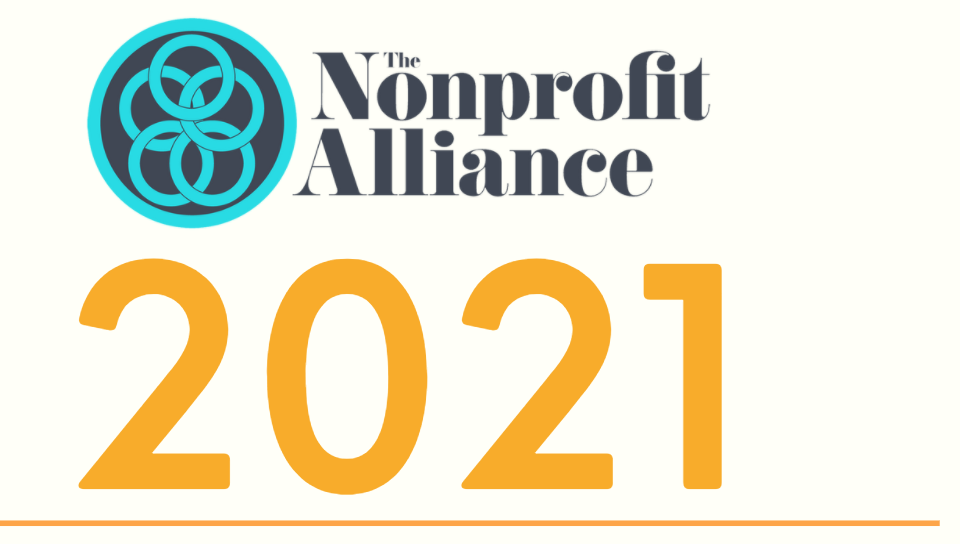 Editor's Note: TNPA is proud to be an official program partner of the 2021 Bridge to… 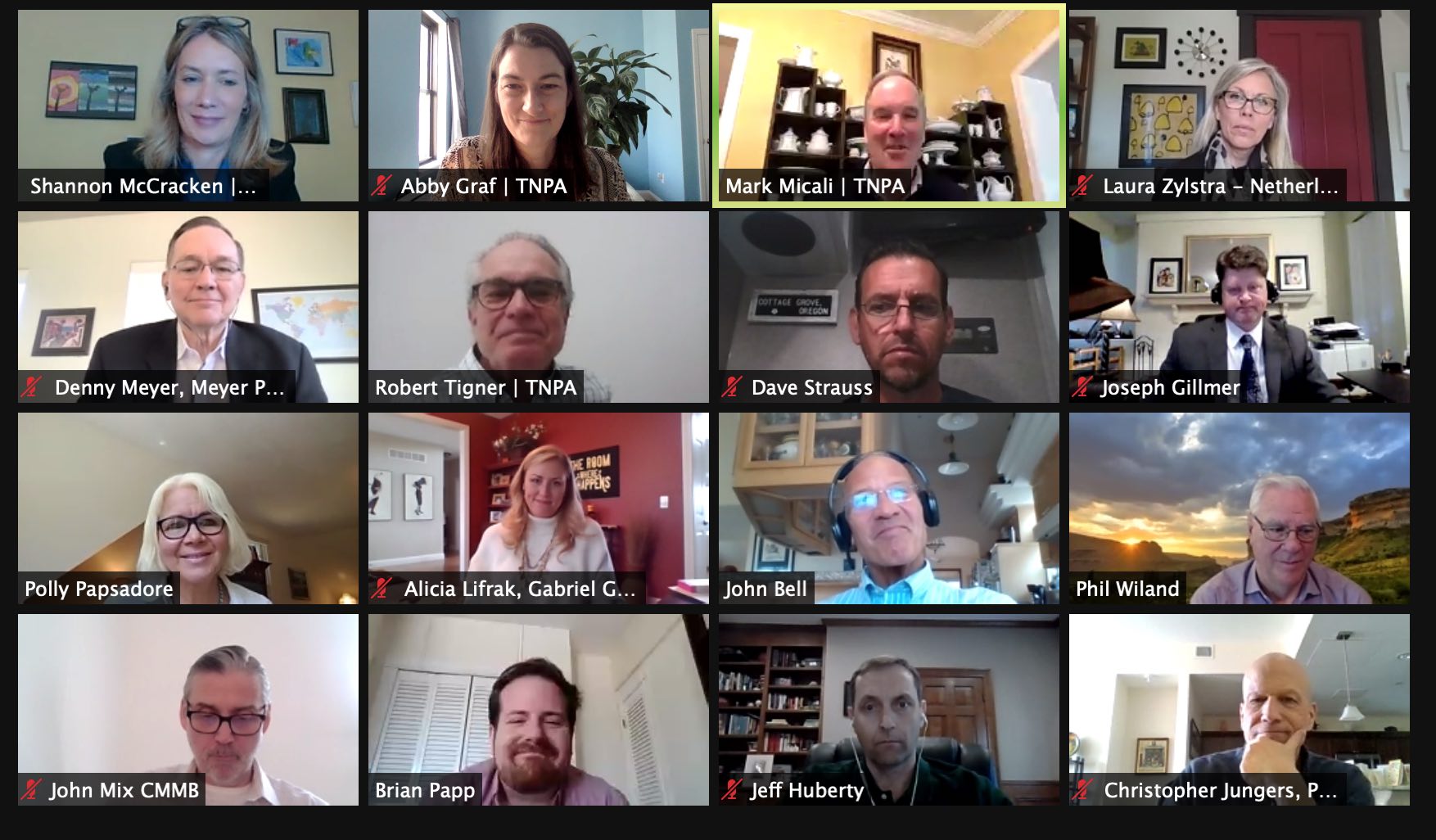 The opportunity to gather in our nation’s Capital, even virtually, as we still do in 2021, is a tremendous honor…