Currently The Nonprofit Alliance is engaged with the post-election lame duck session of Congress, which is expected to conclude its work some time in December before the new Congress is sworn in on January 3, 2021. It is always difficult to predict whether a lame duck session will in fact complete any major legislative action.

If history is our guide, lame duck sessions following the change of party of the White House – as is the current situation with the outgoing Trump Administration and incoming Biden Administration – usually accomplish very little. But in politics, one should never say never, and always be prepared for an opportunity to accomplish important goals.

There is a general consensus that there will be no action during the lame duck session on national privacy legislation.

What this means for nonprofits – Stay Tuned!

Earlier this year, Congress enacted the first Universal Charitable Deduction provision in the Tax Code since the 1980’s. This provision for 2020 provides for a $300 charitable deduction open to all taxpayers, regardless of their income. It is an “above the line” deduction, so will be offered to those who are not itemizing, similar to the universal deduction for claiming a dependent.

As previously reported, in September, the Senate considered a slimmed down Covid aid package, which included a provision to raise the cap for 2020 to $600 for single taxpayers and $1,200 for married couples filing jointly. However, this Senate Republican package failed to receive the necessary 60 votes to proceed toward further consideration.

What this means for nonprofits – A win! And we can hope for even more…

The Universal Charitable Deduction, which TNPA worked as a leading voice to get passed, is a positive step towards encouraging donations from all income levels. The higher the cap, the better for giving. Importantly, an increase in the Universal Charitable Deduction could be attached to a “Must Pass” bill during the lame duck session and enacted into law…a long-shot, but an item which has been a major focus for TNPA.

Either way, the higher cap levels from the proposed Senate bill are now part of the legislative history on this issue – a real plus.

Going into the new Congress, TNPA will continue to work hard to increase the Universal Charitable Deduction AND make the deduction a permanent provision in the Tax Code.

A proposal to raise the current limit from $100,000 to $130,000 on the amount an individual can contribute annually to an IRA Charitable Rollover, starting at age 70 ½, was included in the “Retirement Tax Provisions Package” recently released jointly by House Ways & Means Committee Chairman Richard Neal (D-MA) and the committee’s Ranking Republican Kevin Brady (R-TX).

In an IRA Charitable Rollover, an individual is able to donate funds from an IRA directly to a charity without first having to recognize the distribution as income.

What this means for nonprofits – A win looks likely…

An increase in the limit is a positive change for encouraging charitable giving. That it was included in the proposal of the Chairman of the House Ways & Means Committee is very promising in terms of its passage when it reaches the House floor.

To make the rollover even more broadly available, TNPA will continue advocating for also lowering the age of eligibility to establish an IRA Charitable Rollover from age 70 1/2 to 65. With 10,000 baby boomers turning 65 each day, lowering the age of eligibility for IRA Charitable Rollovers to 65 could be an important source of additional support for the sector.

A month ago, thanks to Steve Colella of Calmark Group, TNPA members were offered a rate-cell-by-rate-cell view of the 2021 price increases. You can find this downloadable Excel spreadsheet or find it on the TNPA website.

Also courtesy of Steve, we will now take a look at a number of real-life illustrations of how the increases play out in practice. As you know (or should know!), the annual increases are capped by the consumer price index (CPI), computed from a twelve-month rolling average. The 2021 increase is based on the resulting CPI average as of August of 1.458%.

This is the cap for each mailing class but price tiers within a class may vary widely so long as the overall average increase for the class stays under the CPI ceiling (this year’s First Class allowed CPI is actually 1.843% and Marketing Mail’s is 1.519% since USPS may forgo a portion of its allowed increase in a given year and add it back in a subsequent year).

But averages only go so far. For Marketing Mail, the variables are mind-numbing: flats vs. letters; capable of running on USPS automated equipment or not; to which level (“postage tiers”) your mail can be sorted; whether your mail is entered locally (at “origin”) or is transported by the mailer further downstream in the USPS system (to a Network Distribution Center – NDC – or to a Sectional Center Facility – SCF).

Steve has prepared a series of seven “models” (based on real-life 2019 marketing mail programs) to illustrate how these variables effect rates. The methodology is simple (though data dense): record all aspects of a 2019 mailing (or mailings) and examine the cell-by-cell changes for 2020. They cover both letter mail and flats, national and regional mailings, and mail entered locally and downstream. The impact on the “model” 2020 mailings ranges from a 5.75% increase to a 1% decrease. To the extent your mailings are comparable, they may give you a glimpse of what your organization’s “real” increases may be.

If nothing else, this exercise demonstrates clearly that mail volume is not a good surrogate for assessing impact of new rates. One must do what Steve did for these models: extract data from 2019 mailing statements and recompute those mailings with 2020 prices.

If your lettershop has done this for you, all well and good. You know where you stand.

If not, and you are a nonprofit member of TNPA, contact Bob Tigner at rtigner@tnpa.org for more information. 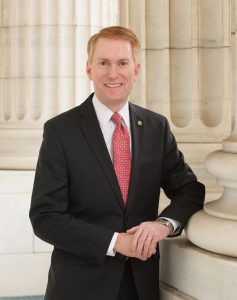 The Nonprofit Alliance has worked closely with Senator James Lankford of Oklahoma. Throughout his life, the Senator has been involved with helping people in need. In fact, before his service in Congress, the Senator served students and families for more than 20 years in ministry, including 15 years as the Director of Student Ministry for the Baptist Convention of Oklahoma and Director of the Falls Creek Youth Camp, the largest youth camp in the United States, with more than 51,000 individuals attending each summer. Elected to the US House of Representatives in 2010, in 2014 he went on to be elected to represent Oklahoma in the US Senate. In the Senate, he has been a leader on the issue to establish a Universal Charitable Deduction to encourage taxpayers of all income levels to receive a tax benefit for supporting the vital work of charities. The Senator’s efforts have resulted in the establishment of a temporary Universal Charitable Deduction of $300 – open to all taxpayers for 2020 – which was signed into law by the President on March 27th as part of the CARES Act.

But the Senator’s work did not stop there – In June, he introduced S. 4032, the Universal Giving Pandemic Response Act to help charities and faith-based organizations continue to provide vital services to families, workers, and communities during the COVID-19 pandemic and recovery. The Senator’s bipartisan bill, supported by nine other Senators of both parties, would build on the temporary, above-the-line deduction included in the CARES Act by raising the $300 cap to just over $4,000 for individuals and $8,000 for married couples filing jointly. He works diligently to serve all people from all backgrounds across Oklahoma.

The Senator has also been active in working to meet the challenge of drug abuse and in December 2019 was awarded the “Fight for Good” award by the Salvation Army for his dedicated work in fighting the opioid crisis. He is as a member of the Senate Committee on Homeland Security and Governmental Affairs and serves as Chairman of the Regulatory Affairs and Federal Management Subcommittee. He focuses his work on federal spending, regulatory reform, and the federal workforce to ensure a government that is responsible and transparent for every American. He believes that the federal government has an important role in our nation, but also believes empowered families, individual people, strong houses of worship, and non-profits are who grow our economy and pass down our values.

The Nonprofit Alliance looks forward to continuing to work closely with Senator Lankford.

– Every month, The Nonprofit Alliance will introduce you to one member of Congress who is a leader on legislative matters important to our TNPA community, with representation from both parties.