This month we begin with the topic that has taken over mainstream media headlines: Postal. We will call out a few of the primary concerns and attempt to separate them from each other – not an easy task given the, shall we say, co-mingling of issues.

It’s important to acknowledge the political motivations at play in the public discourse.  President Trump regularly criticizes the USPS business model and is now disparaging vote by mail. Congressional Democrats, historically well aligned with the postal unions, are redoubling their efforts to secure additional funding for the Postal Service.  The newly appointed Postmaster General, called out for being a Trump donor, is new to the strange politics of Washington and hesitant to wade into the political firestorm.  This is creating a lot of hypothesizing without fact-based analysis.

Steve Kearney of Alliance of Nonprofit Mailers (ANM) sent a newsletter to the ANM membership last week that dug deeply into a wide array of relevant facts.  You may access that newsletter here: USPS Fact vs. Politics: 15 Pieces of Information.  We strongly recommend reading it from top to bottom.  ANM’s data confirms the following assessment:

USPS solvency.  Setting aside the predictions of doom that USPS may run out of cash at any time, there is a more focused fear that USPS lacks the resources to deliver the two-way traffic of election mail – not to mention fall season fundraising mail.  USPS had cash on hand of well over $14B on July 31.  It had well over $10B in borrowing authority, yielding over $25B of available cash.  USPS is in a solid financial standing for operations well into the fall of 2021.

A President cannot defund the USPS. Today, and for the last three decades, USPS operations are underwritten almost entirely by fees and postage paid by mailers.  No funds come from Congress and no funds are at the disposal of the Executive Branch.  Any money appropriated by Congress to aid the USPS, absent explicit restrictions, would go into USPS cash reserves, prolonging the almost universally recognized necessity of trimming operational costs.

Mail delivery.  Year over year, there was a slight downtick in delivery during USPS Q3 (Mar-Jun), which is largely attributed to the immediate impacts of Covid-19.  For current (Jul-Aug) performance, we looked to two TNPA members who help nonprofits put millions of pieces of mail of all types into the system and have responded to this time of high mailer anxiety by monitoring delivery even more closely than usual.  Their verdict: delivery remains normal for all types of mail.  Despite anecdotal examples, there is no data from any source to support the claim that mail delivery is decaying rapidly.

New Postmaster General Louis DeJoy.  Professionals in the mailing community generally believe that DeJoy took the PMG job with the sincere intent to help right the Postal Service.  There is no evidence, when considered with care, that demonstrates that he is supporting a goal to disrupt the mail balloting or postal delivery in general.

There was a recent outcry from mainstream media noting the removal of some iconic blue delivery boxes and sorting equipment from some facilities.  Both things occurred very recently at an unlucky time. But both took place as part of years-long USPS efficiency projects.  The boxes are removed solely from locations where they are demonstrably underused, thus sparing wasteful collections. The sorting equipment is being decommissioned as surplus due to large fall-offs in first class over recent years.  It is not needed to keep present service levels or for future needs.  USPS delivers 425M pieces of mail every day.  It anticipates an increase in voter mail such that the latter makes up 2% of all mail (mid-Sept to   election day) – most days, barely a bump in the daily load.  We should believe that the PMG and the men and women of the Postal Service will do their jobs. They will give preference to voter mail and, if required, will even authorize overtime to assure on-time delivery.

Don’t let politically charged scare tactics derail your fall direct mail plans, but do take into consideration the potential for nominal delays, likely regional, driven by a combination of 2020 factors.  Make good use of your mail monitoring services and benchmark against your seasonal trends over time.  We will continue helping you separate the wheat and chaff.  Please reach out to TNPA General Counsel Bob Tigner, rtigner@tnpa.org, with any doubts or questions that arise from Steve Kearney’s piece or this one.

On Friday (August 14), the California Attorney General announced that proposed regulations under the California Consumer Privacy Act (CCPA) are now final and effective immediately, adding, “In California, privacy is an inalienable right. Californians should control who possesses their personal data and how it’s used.  With these rules finalized, California breaks ground and leads the nation to protect and advance data privacy. These rules guide consumers and businesses alike on how to implement the California Consumer Privacy Act. As we face a pandemic of historic proportions, it is particularly critical to be mindful of personal data security.”

Meanwhile, in an interesting turn, some of the staunchest proponents of CCPA launched a “No Campaign” to try to defeat Prop 24 on California’s November ballot. Prop 24, referred to as CCPA 2.0, was drafted to strengthen CCPA, with efforts on the ballot campaign announced immediately on the heels of the CCPA amendments passing out of the California Legislature in late 2019.  The privacy coalition feels that CCPA 2.0 doesn’t go far enough and would now like to see it fail so that they can come back with an even stronger alternative, including an opt-in rather than opt-out framework and nixing of a state agency to oversee privacy in favor of greater private right of action.

Campaigns to defeat (or support) ballot initiatives are quite expensive and the coalition reportedly approached members of the tech industry — whose CCPA positions they vehemently opposed last year — to provide the funding.  To our knowledge, none have accepted the invitation.

Negotiations on Capitol Hill to resolve the impasse on the multi-trillion dollar aid package are currently at a standstill. In fact, many on Capitol Hill believe that the impasse will continue through Labor Day, now that the focus has shifted to the upcoming Democratic and Republican National Conventions.

TNPA continues to focus on one of its top legislative priorities – making permanent the temporary (for 2020 only) Universal Charitable Deduction and raising its $300 cap. There is no provision in the House-passed HEROES Act, nor the Senate Republican-proposed HEALS Act, addressing the Universal Charitable Deduction. However, the effort of the bipartisan group of six Senators who are strong supporters of making the deduction permanent and raising the cap has now increased to seven Senators with the addition of Senator Marsha Blackburn (R-TN). Along with Senator Blackburn, Senators: James Lankford (R-OK), Chris Coons (D-DE), Mike Lee (R-UT), Amy Klobuchar (D-MN), Tim Scott (R-SC), and Jeanne Shaheen (D-NH) have been working together on this issue.

TNPA has also been working on legislation to expand the eligibility for IRA Charitable Rollovers by reducing the current age for establishing a charitable rollover from 70 1/2 to 65. With 10,000 baby boomers turning 65 each day, this legislation could greatly enhance charitable giving. Currently, identical bills have been introduced in the Senate and House to expand charitable rollovers by reducing the eligible age to 65: S. 1257 whose lead sponsors are Senators: Kevin Cramer (R-ND) and Debbie Stabenow (D-MI), and H.R. 3832 whose lead sponsors are Congressmen: Don Beyer (D-VA) and Mike Kelly (R-PA). There has been quite a bit of discussion that this legislation may be included in an expected “Retirement Package of Bills,” which may be introduced in September. 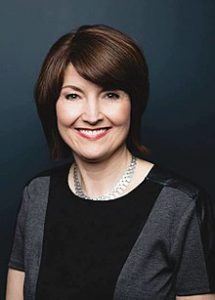 The Nonprofit Alliance has greatly enjoyed working with Congresswoman Cathy McMorris Rodgers. Cathy has had a distinguished career in elected office. She was first elected to the Washington State House of Representatives in 1994 and was re-elected four times. From 2002-2003, she served as House Minority Leader, the top leadership post for House Republicans. She was the first woman to lead a House Caucus of either party and the youngest since World War II. In 2004, Cathy was elected to the U.S. House of Representatives. Cathy quickly moved up the ranks and in 2008 was elected as Vice-Chair of the House Republican Conference. Four years later, in 2012, Cathy was elected as the Chair of the House Republican Conference, the #4 leadership position among House Republicans where she served until 2019. Helping people in need, particularly in terms of their healthcare, has always been a priority for Cathy. She serves as co-chair of the Congressional Rural Health Caucus and the Congressional Down Syndrome Caucus. Cathy also enjoys working across the aisle and has worked tirelessly to protect and expand the Teaching Health Center Graduate Medical Education program to help meet the doctor shortage in rural and underserved areas. She is also a champion for rural broadband and ensuring our communities are connected, and in this time of COVID, the need for improved access to telemedicine has never been greater.

In 2010, Cathy was appointed to the powerful House Energy and Commerce Committee. This committee has jurisdiction over a broad array of legislation, including healthcare, energy, broadband, and technology issues. In particular, Cathy currently serves as the Ranking Republican on the Energy and Commerce Committee Subcommittee on Consumer Protection and Commerce. This Subcommittee has primary jurisdiction over data and privacy issues. In this role Cathy has been a leader in calling for her “Four Principles on Privacy” – 1) One National Standard for the Nation; 2) Transparency and Accountability; 3) Improving Data Security; and 4) Regulation of Small and Medium-Sized Business that is not Overly Burdensome. In so doing, Cathy believes a balance must be struck between protecting the privacy of individuals while allowing the legitimate use of data that is critical to the nonprofit community.

The Nonprofit Alliance looks forward to continuing to work with Congresswoman Rodgers.