Thanks to all of you who were able to join us in making last week’s Virtual Capitol Hill Day a success! And everyone else, I hope you will join us for our next Capitol Hill Day. 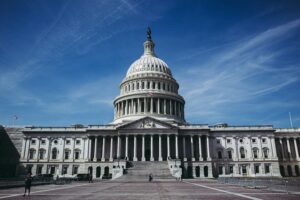 We had six meetings over the course of the day (all on Zoom), and clearly the meetings with Senator Jacky Rosen (D-NV), Congresswoman Suzan DelBene (D-WA), and Geoff Antell, Chief of Staff to Senate Republican Whip John Thune (R-SD) were all highly productive. I also want to thank TNPA members Gary Weinberg, Phyllis Caudill, and Amanda Nelson, who each provided some timely data during the course of the day to help make our meetings even more impactful.

Below is a brief summary of the day’s meetings.

This was a good way to start the day with a “40,000 foot overview” of what to expect in the Senate for the rest of the year. Importantly, Geoff indicated that the recently circulated draft national privacy bills, while gaining some attention, will likely not gain significant momentum in the Senate. He indicated that trying to enact a complicated, dense national privacy bill, given the limited number of legislative days left this year, is unlikely. I agree with his assessment.

Also, Geoff mentioned that the expired Universal Charitable Deduction is expected to be “tied at the hip” to the other expired tax provisions — likely not to be taken up until the post-Election lame duck session in November. I also agree with this view.

We talked about the fact Senator Rosen was a computer programmer/systems analyst prior to entering politics,  so she clearly understands the vital role data plays for our sector. As one of the critical “swing vote Democrats” on the privacy issue, Senator Rosen is someone we will continue to work with closely. Also, the Senator appeared to be sympathetic to our concern that any national privacy legislation should be drafted in such a way as to limit potential future litigation — Good!

In between scheduling this meeting and then actually holding the meeting, Senator Boozman agreed to cosponsor the Universal Charitable bill. Accordingly, this meeting went from what was going to be a “sales pitch” to a “thank you for signing on to a priority piece of legislation for the nonprofit sector.” Senator Boozman has a highly responsive office and is great to work with. We will continue to be in touch with this office on a range of issues.

Congresswoman DelBene was very gracious to spend quite a bit of time with us. She has introduced a thoughtful privacy bill — no Private Right of Action, strong federal preemption, and all litigation must go to federal court, not state court. Nonetheless, as previously noted, trying to enact a complicated, dense national privacy bill, given the limited number of legislative days left this year, is unlikely. Thus, it appears national privacy will be a “next year issue.” Congresswoman DelBene should be an important player next year on the privacy front.